Most of the below information comes straight from Girard-Perregaux.

Yellow gold pocket chronometer, signed Girard & Co. London. Movement with "English" bridges, chain and fusee, detent escapement, spherical hairspring.
In accordance with the popular practice of this era, the platinum and bridges are matted and gilded with mercury. 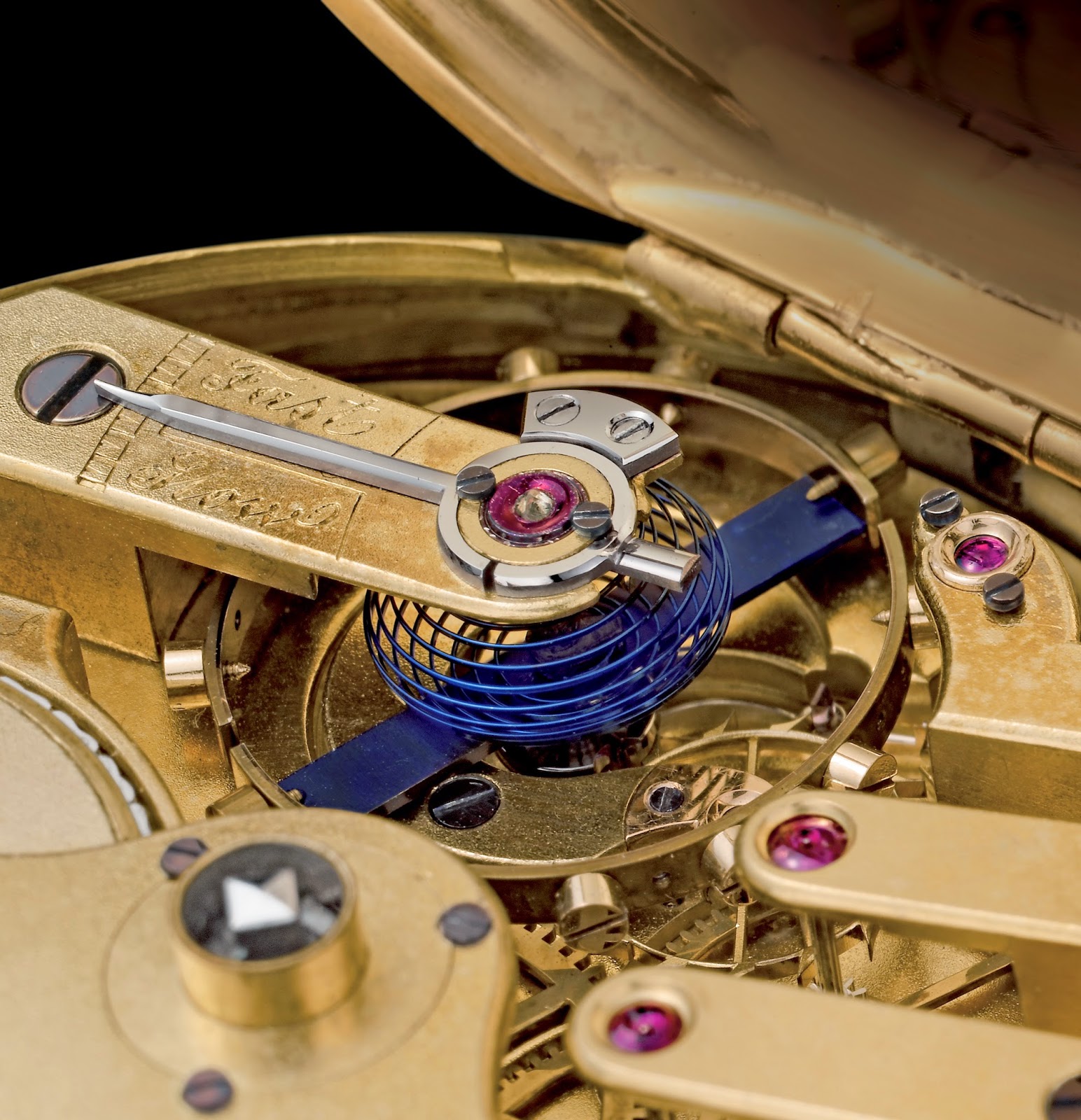 Circa 1860
Pendant watch in the shape of a small book, signed Girard-Perregaux. Engraved yellow gold case, decorated with blue enamel. Enamel dial protected by a small grille with a multicoloured medallion. Containing a double photograph frame. 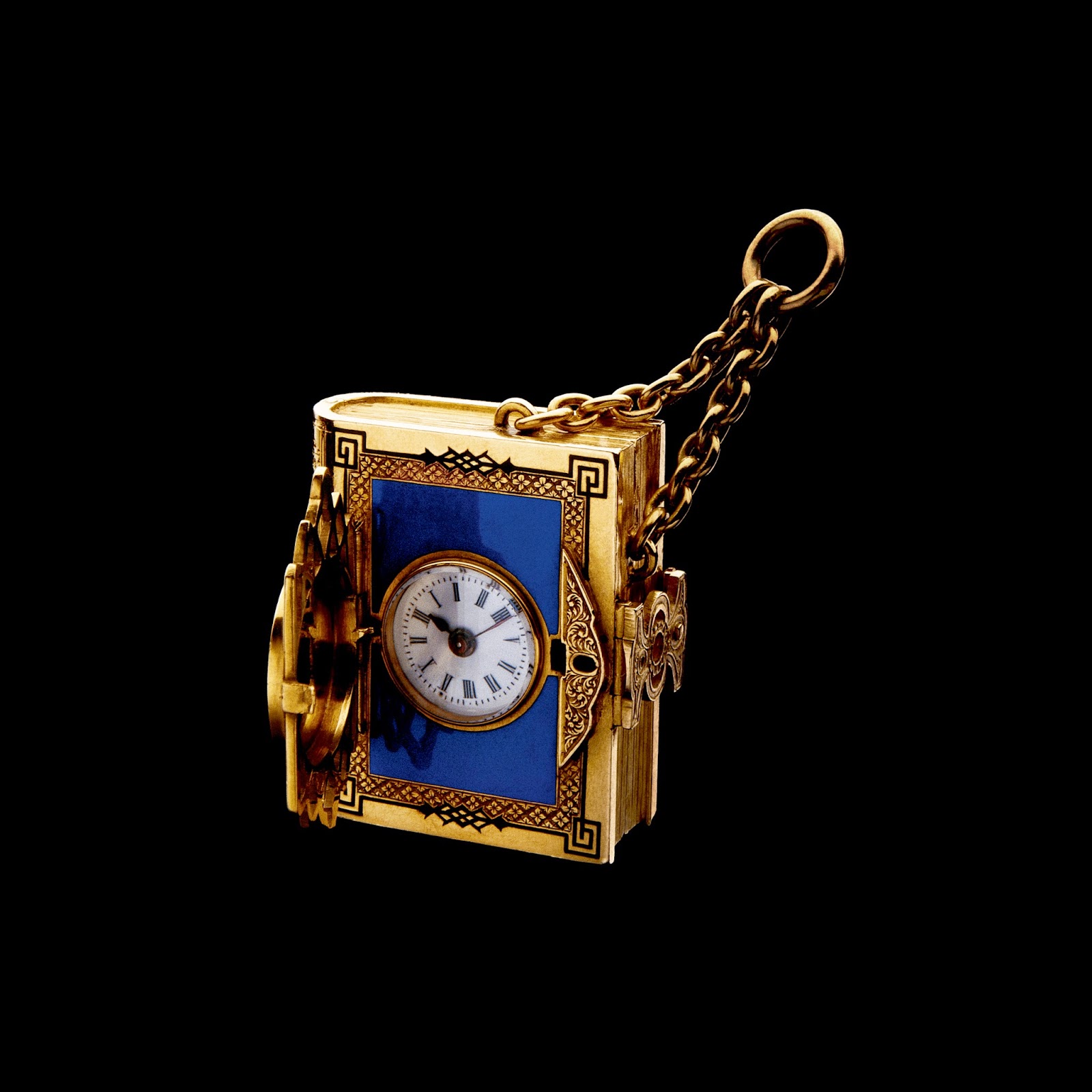 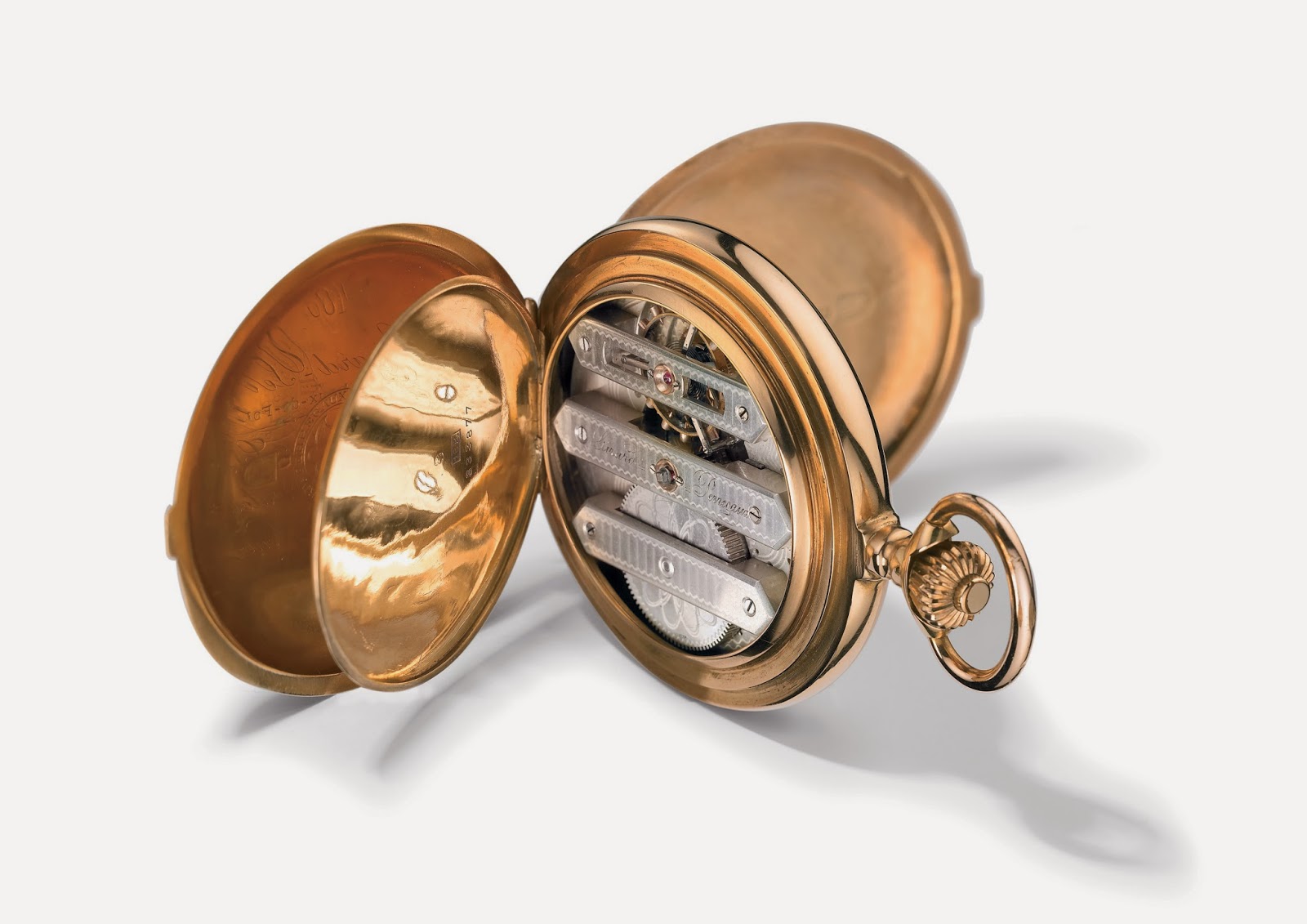 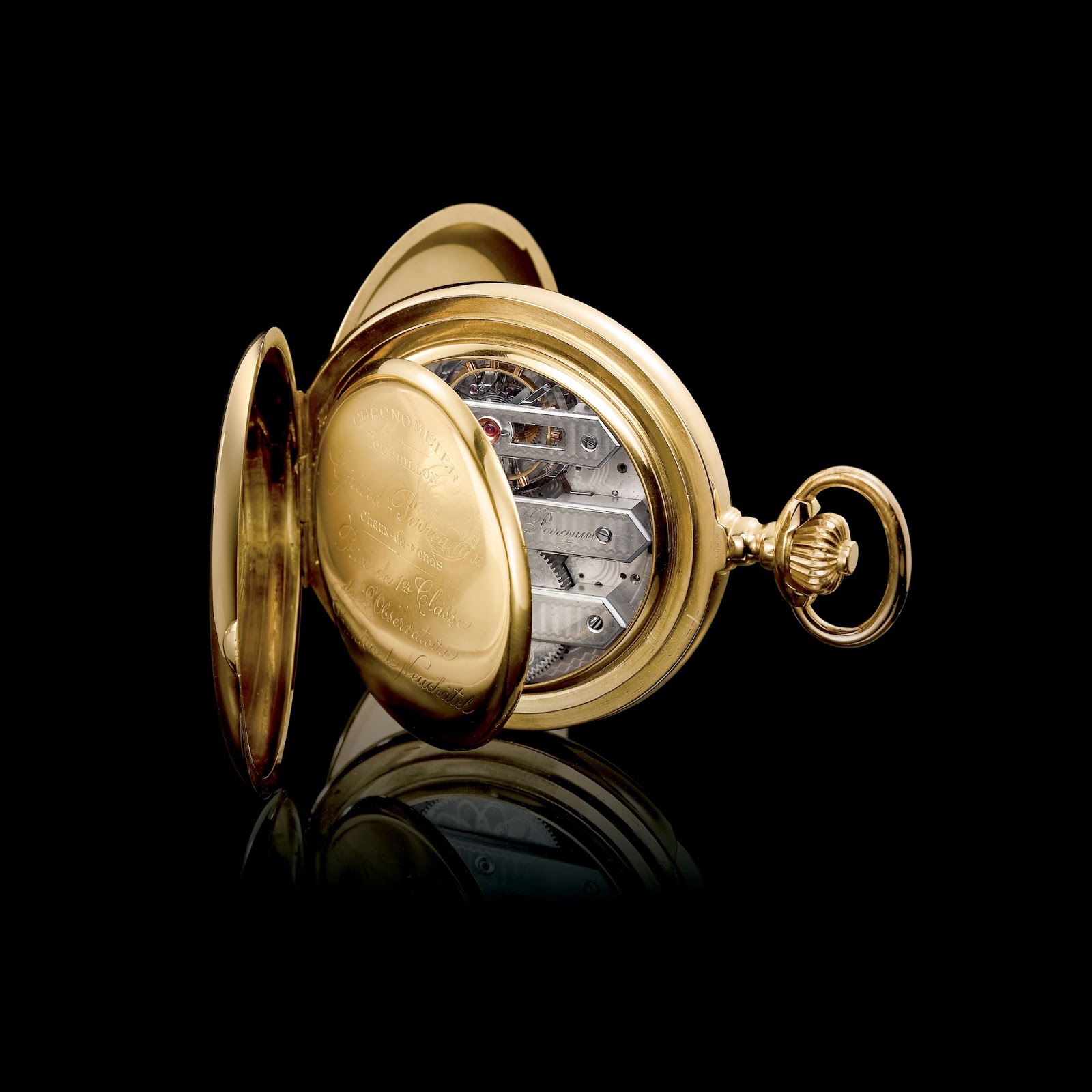 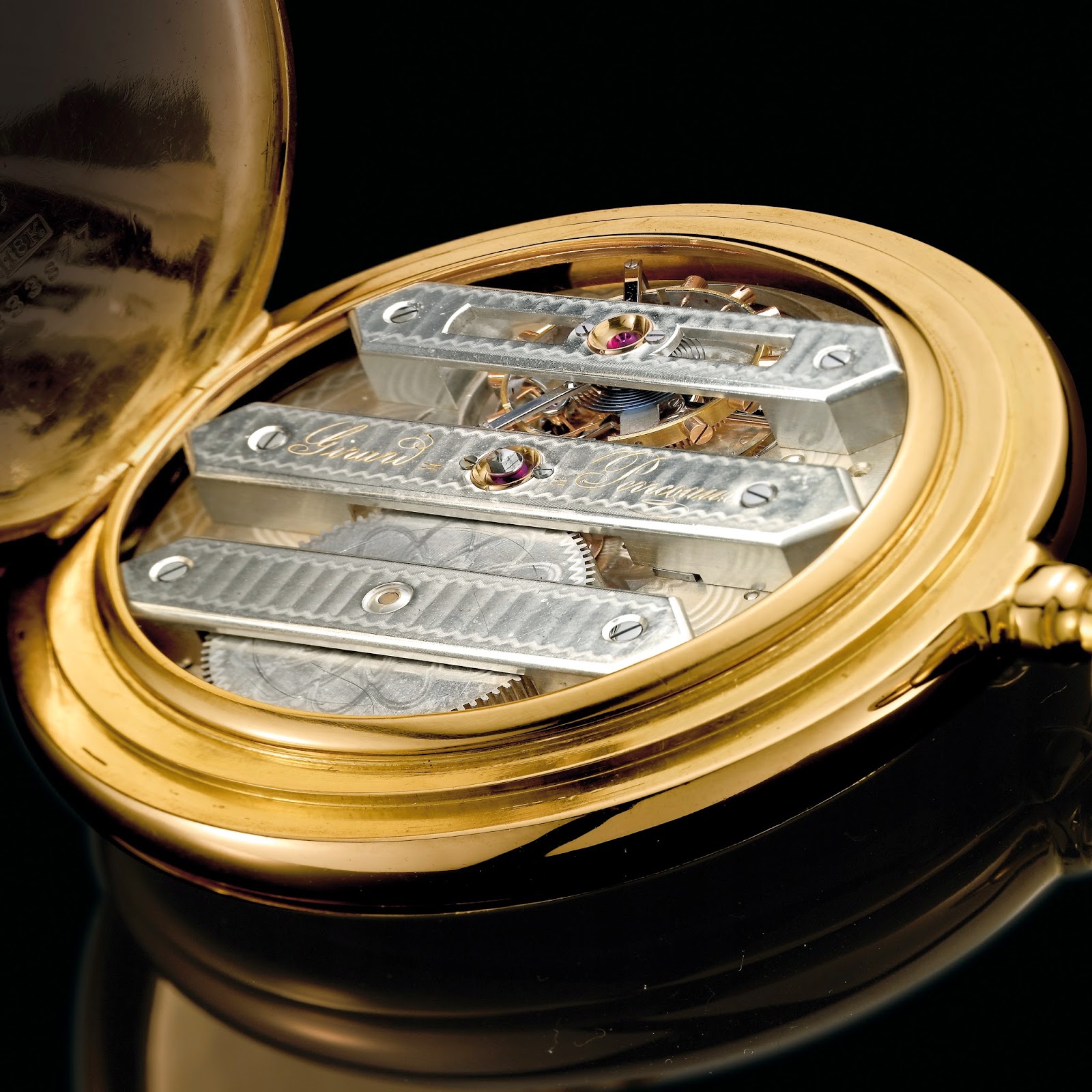 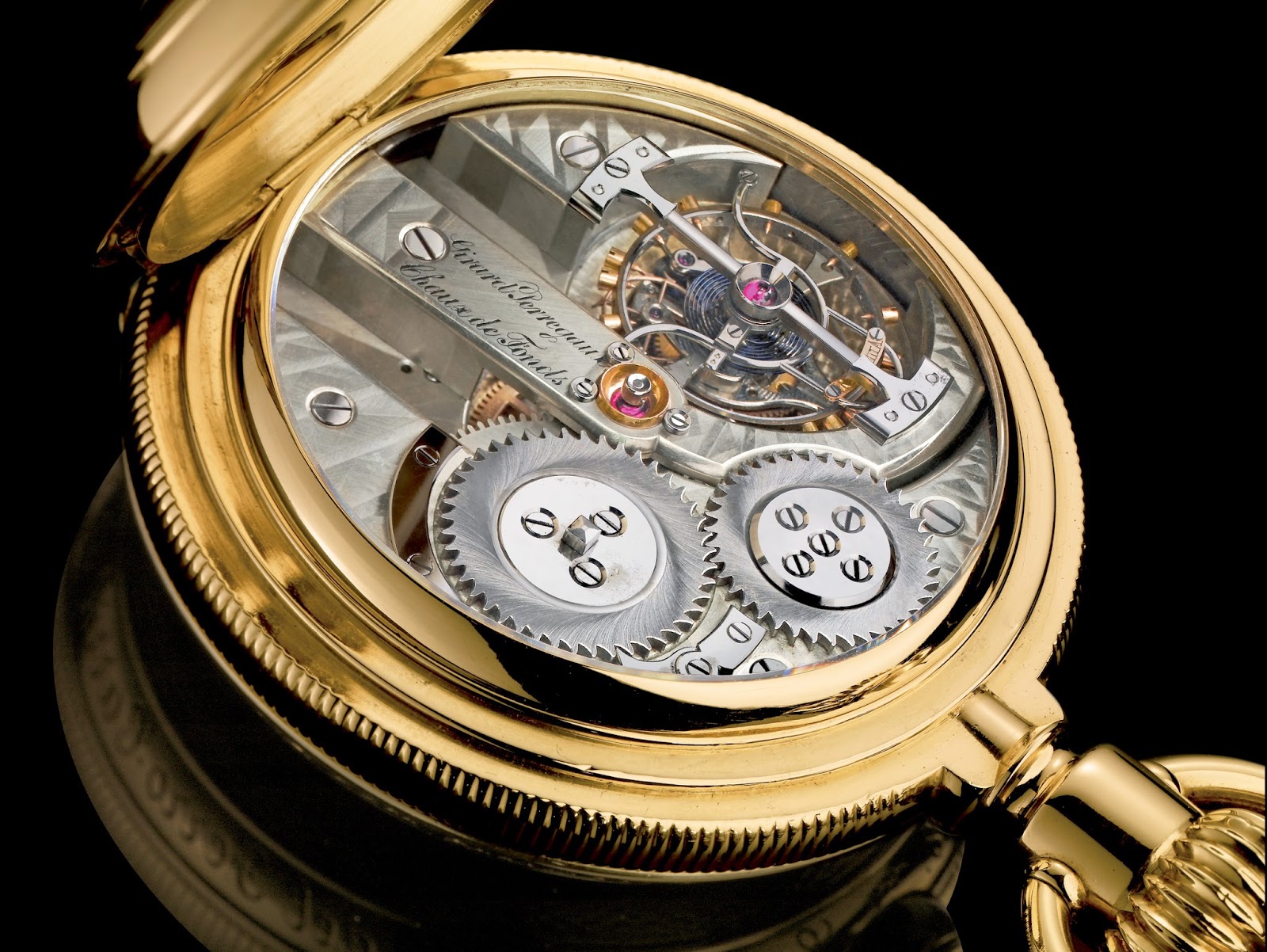 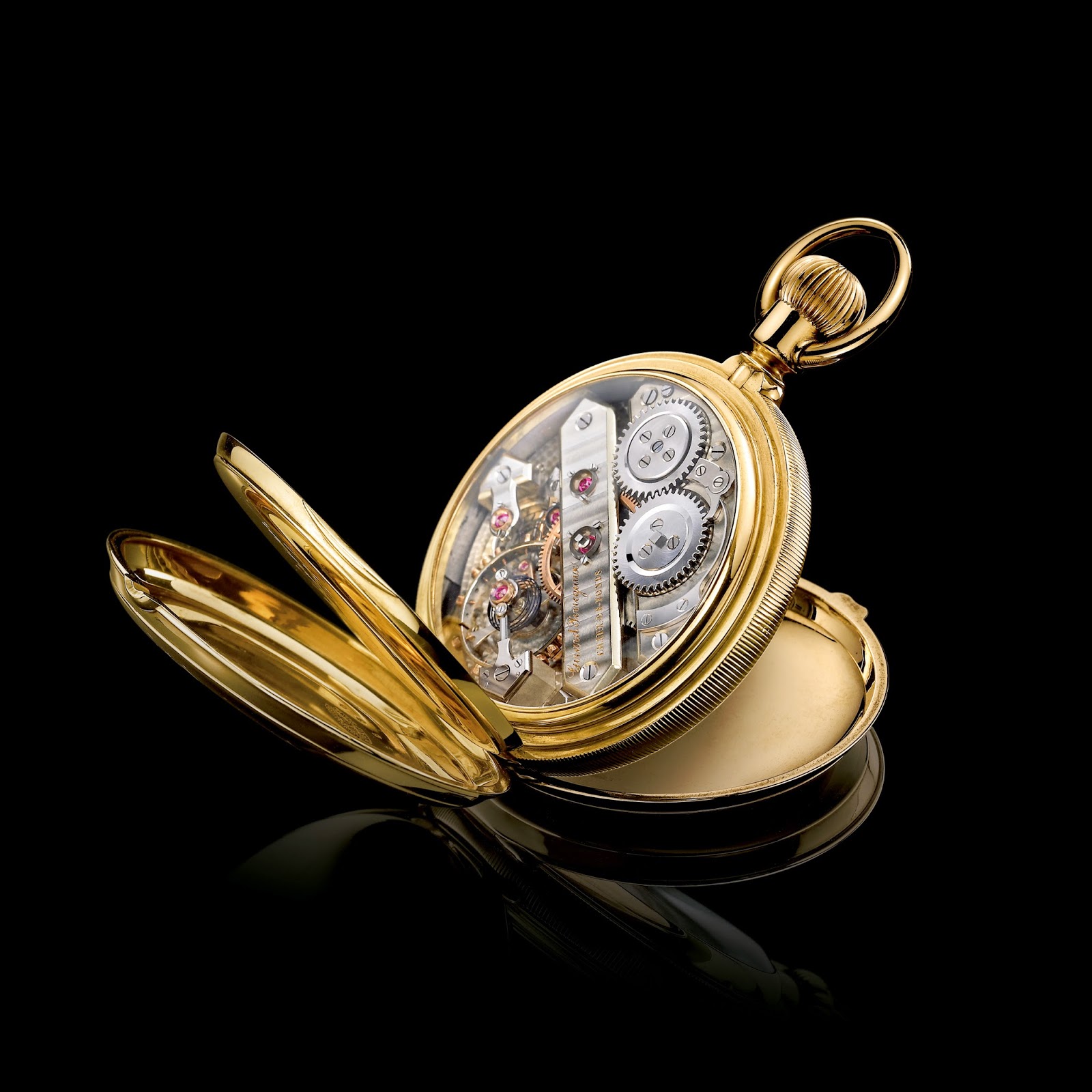 Historic pocket watch Tourbillon with three gold Bridges which was awarded a gold medal at the Paris Universal Exhibition in 1889. 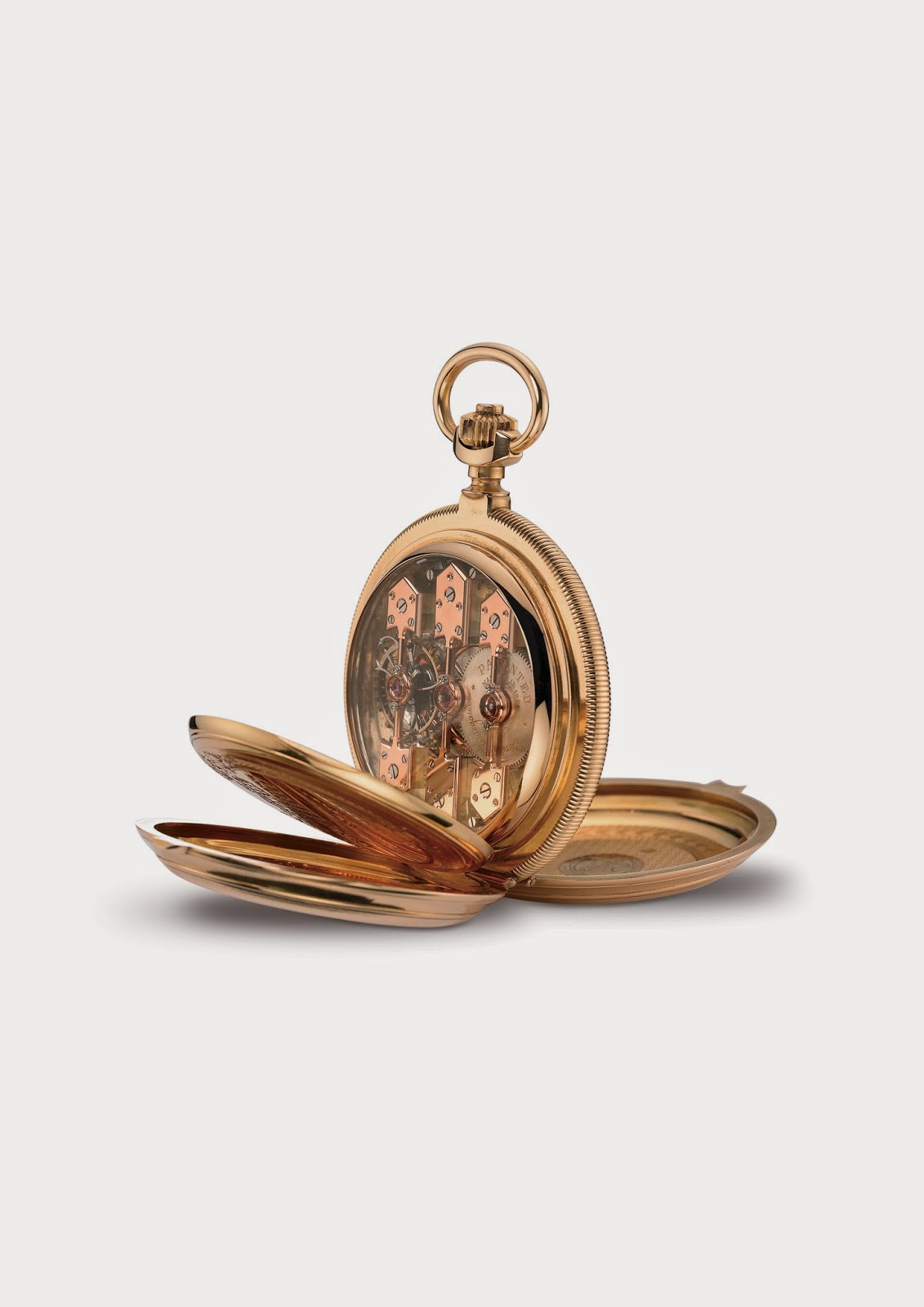 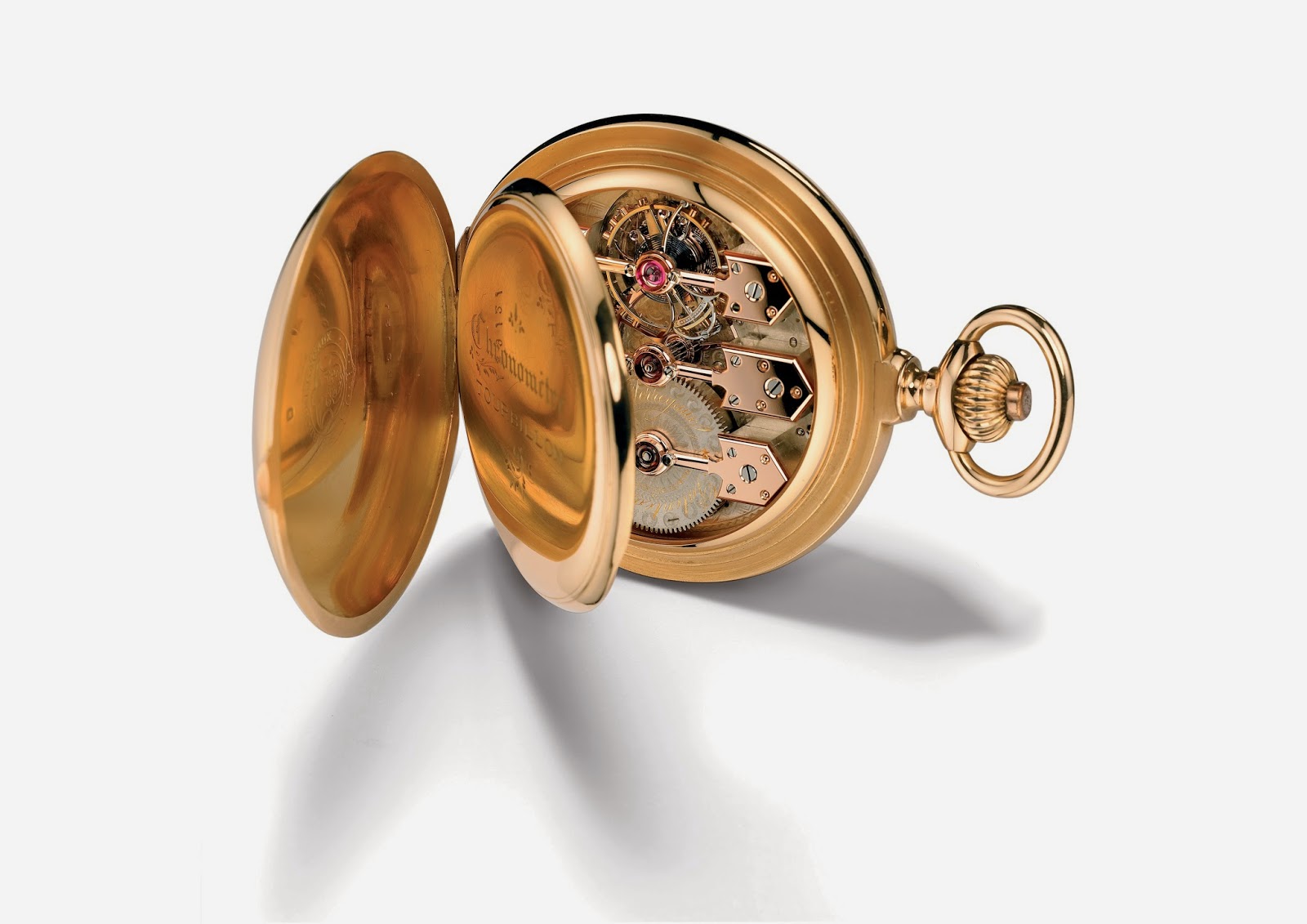 Several reports of the Paris Universal Exhibition of 1889 referred to the outstanding display cases of Girard-Perregaux particularly mentioning an extraordinarily beautiful, high-precision chronometer that impressed all who saw it. Its movement was a technical masterpiece with an original structure, and the sumptuous decoration of its case was an exceptional demonstration of engraving that involved most of the techniques of the art.
This pocket-watch with its fascinating tourbillon movement was later named “La Esmeralda”. Over the months before the International Exhibition, it had achieved some remarkable test results at the Neuchâtel Observatory in Switzerland, attested by the institution’s issue of its rating certificate. Then, at the exhibition, it was awarded a gold medal by the jury who recognised the perfection, both technical and aesthetic, of this extraordinary timepiece.
The watch bears the name of the luxury Mexican boutique of the agents Hauser and Zivy, to whom it was entrusted for a while. Then “La Esmeralda” is thought to have passed into the ownership of the President of Mexico, Porfirio Diaz (1830-1915) who led the country from 1876 to 1911. Finally, at the end of the 1960s, the pocket-chronometer was acquired from the president’s great grandson and it now crowns the collections of the Girard-Perregaux museum. 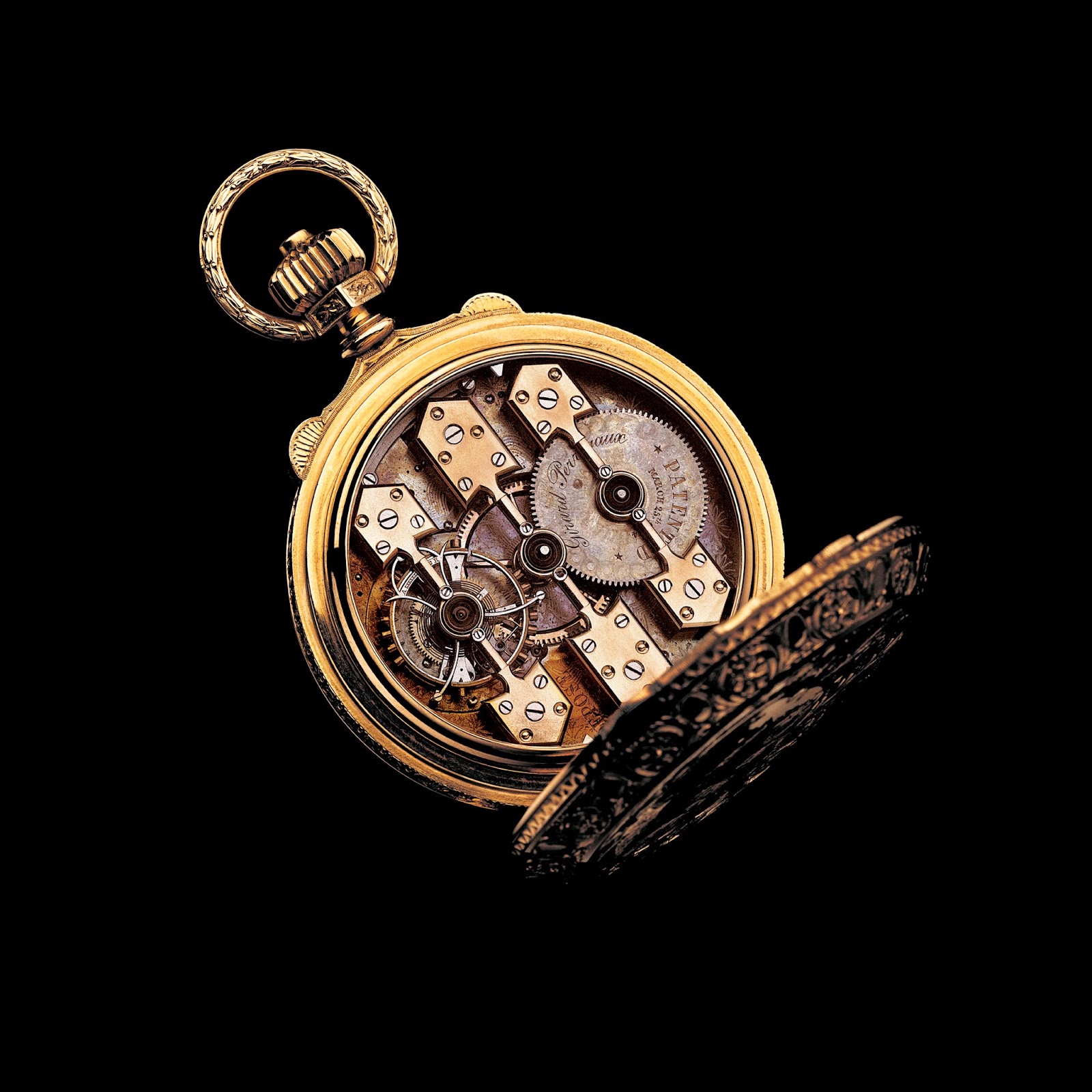 I take it this is from 1982, reading the inscription on the barrel. 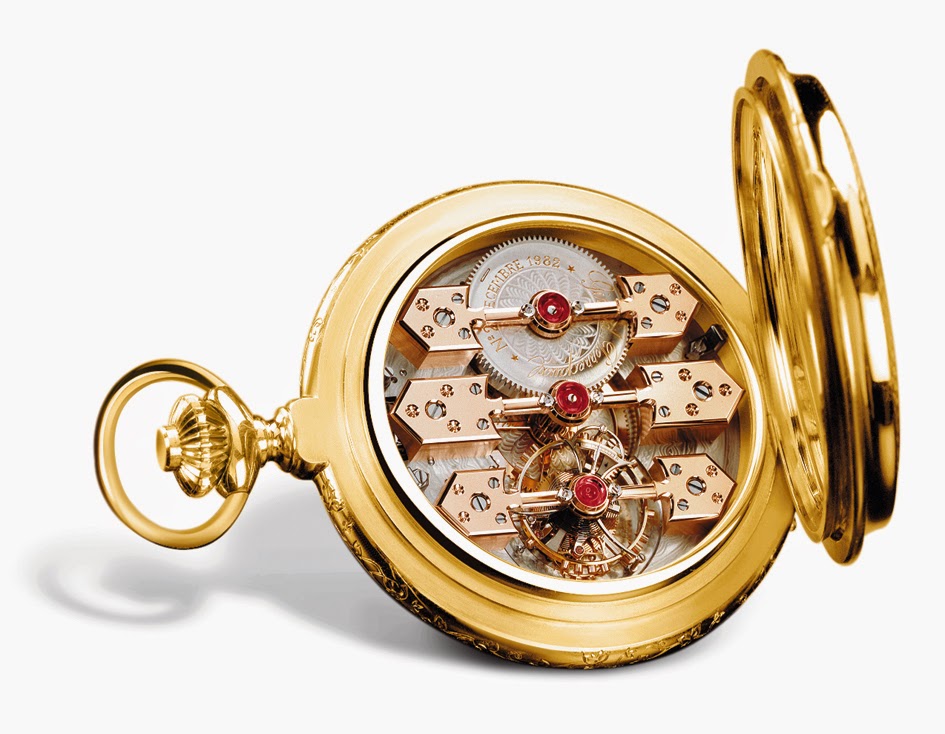 2010
Tourbillon with Three Gold Bridges.
In tribute to both its own heritage and a masterpiece of Swiss Haute Horlogerie, Girard-Perregaux presents a contemporary reissue of the Tourbillon with three gold Bridges pocket watch; the very same model awarded a gold medal at the Paris Universal Exhibition of 1889. 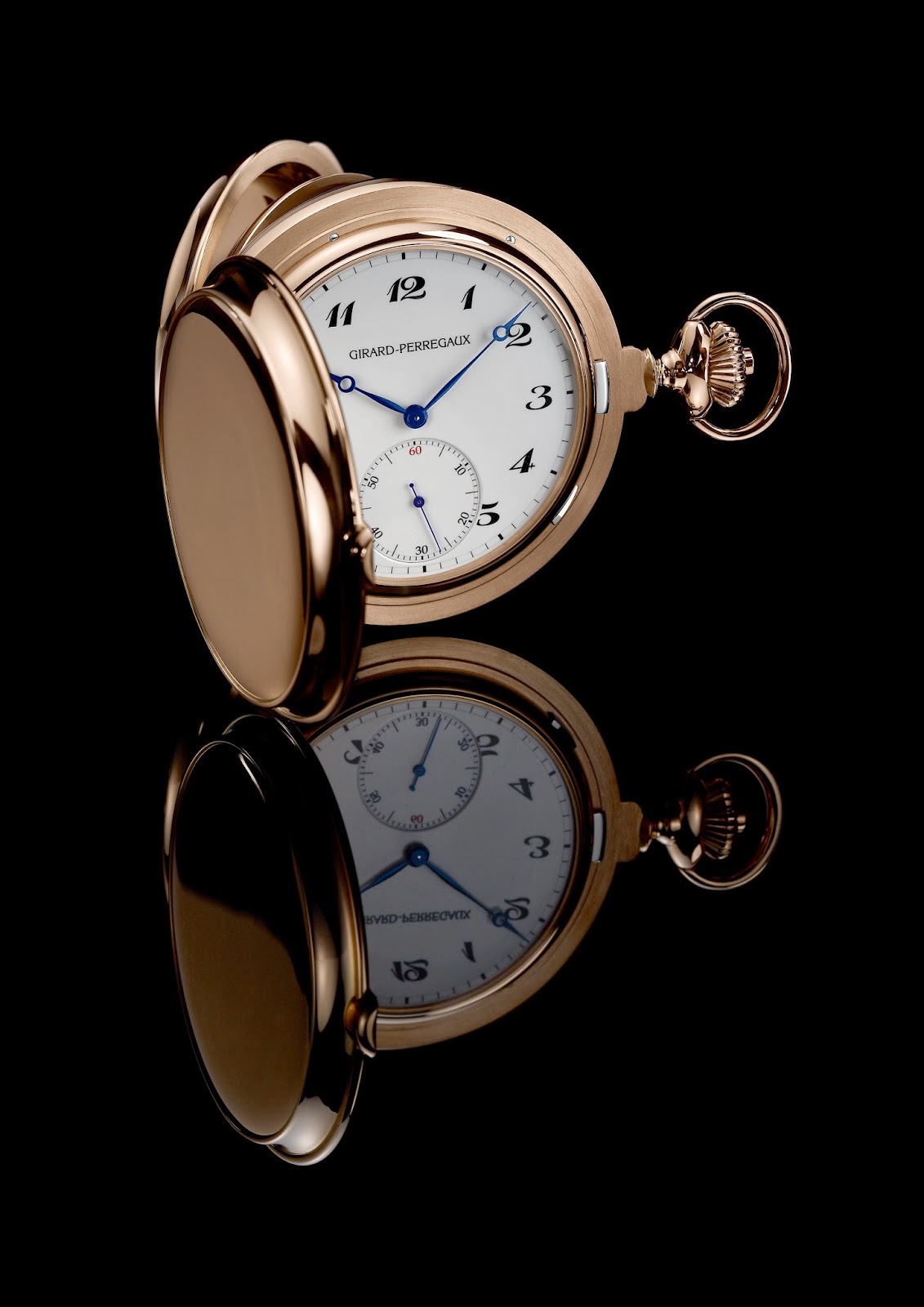 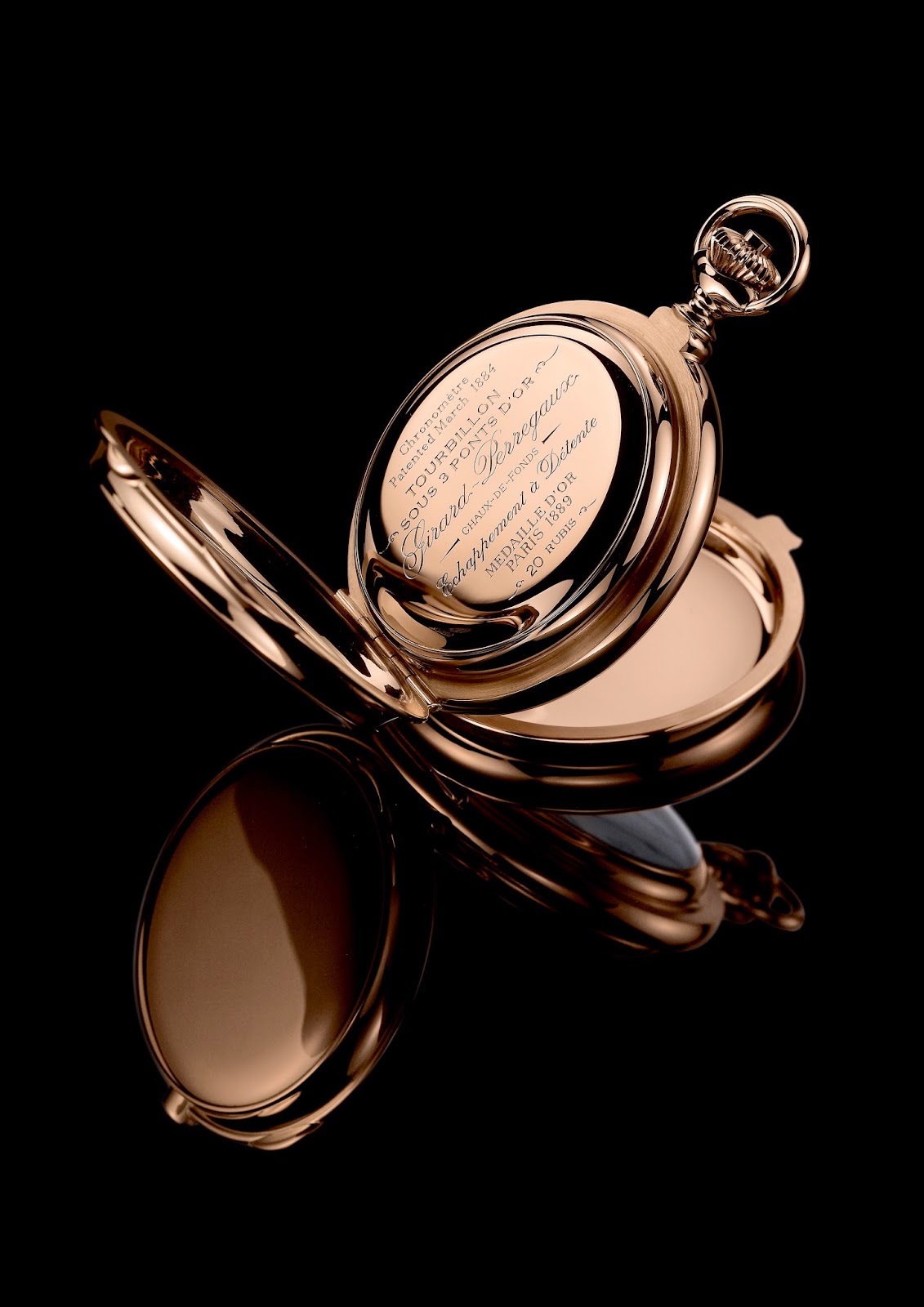 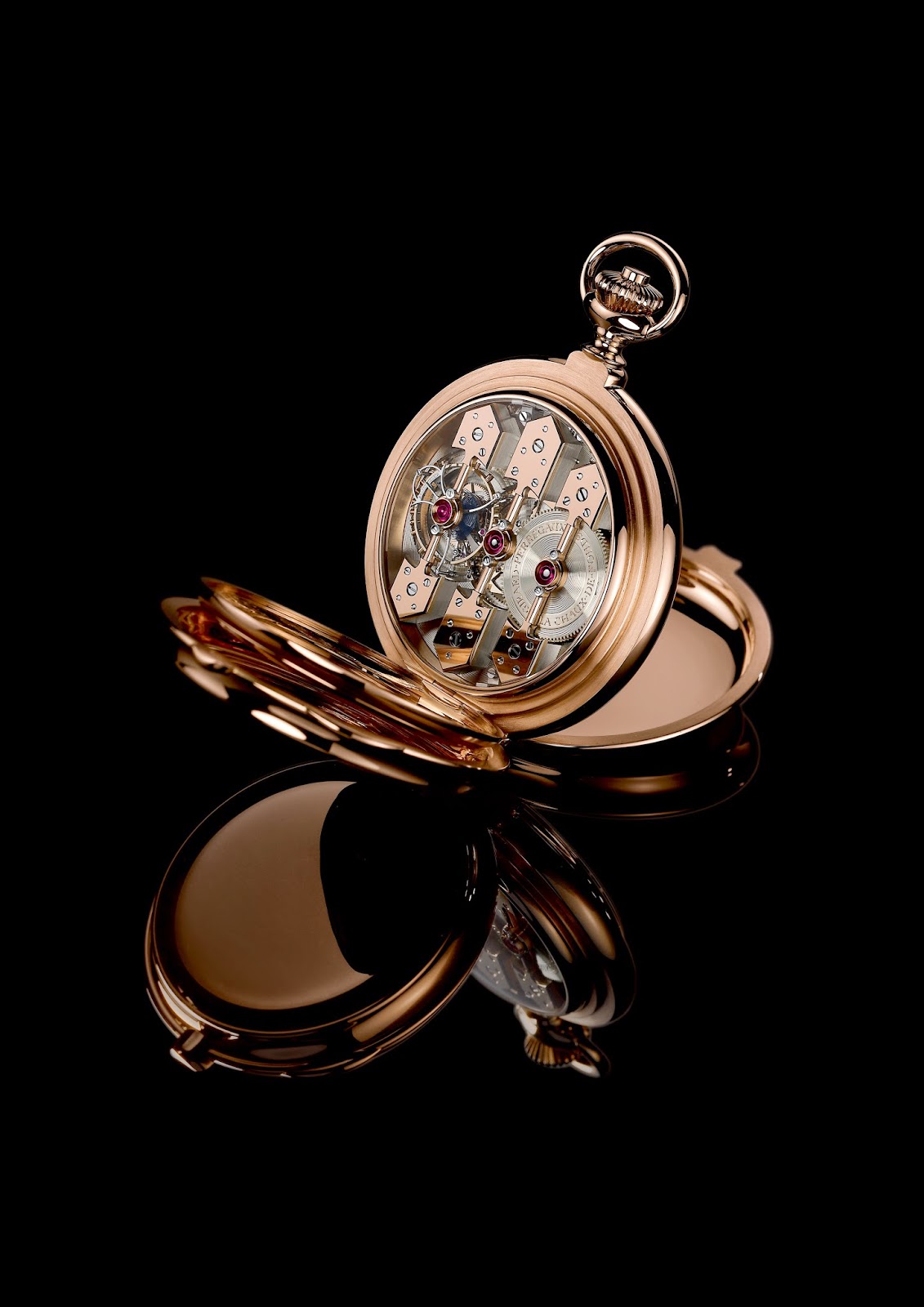 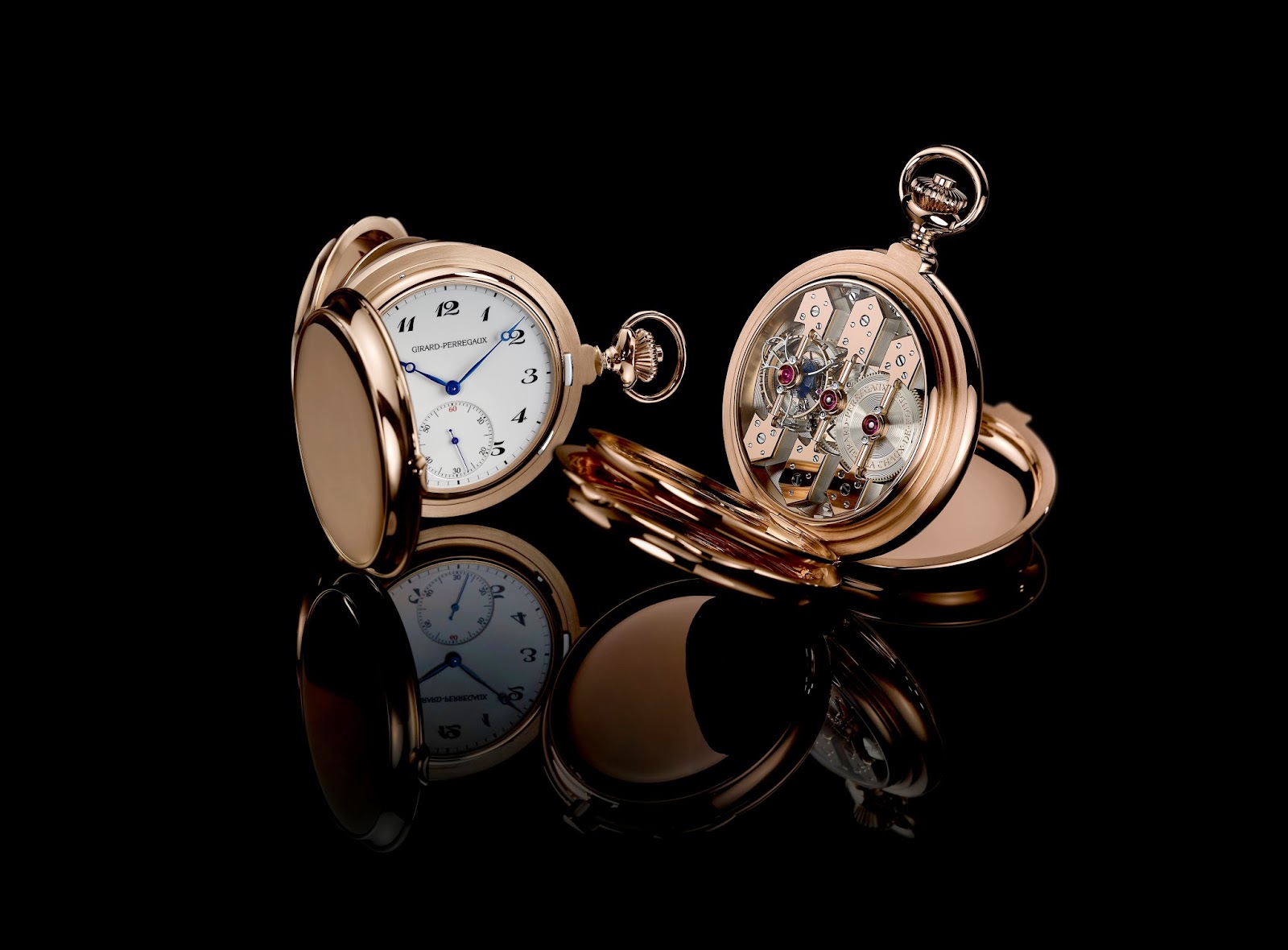 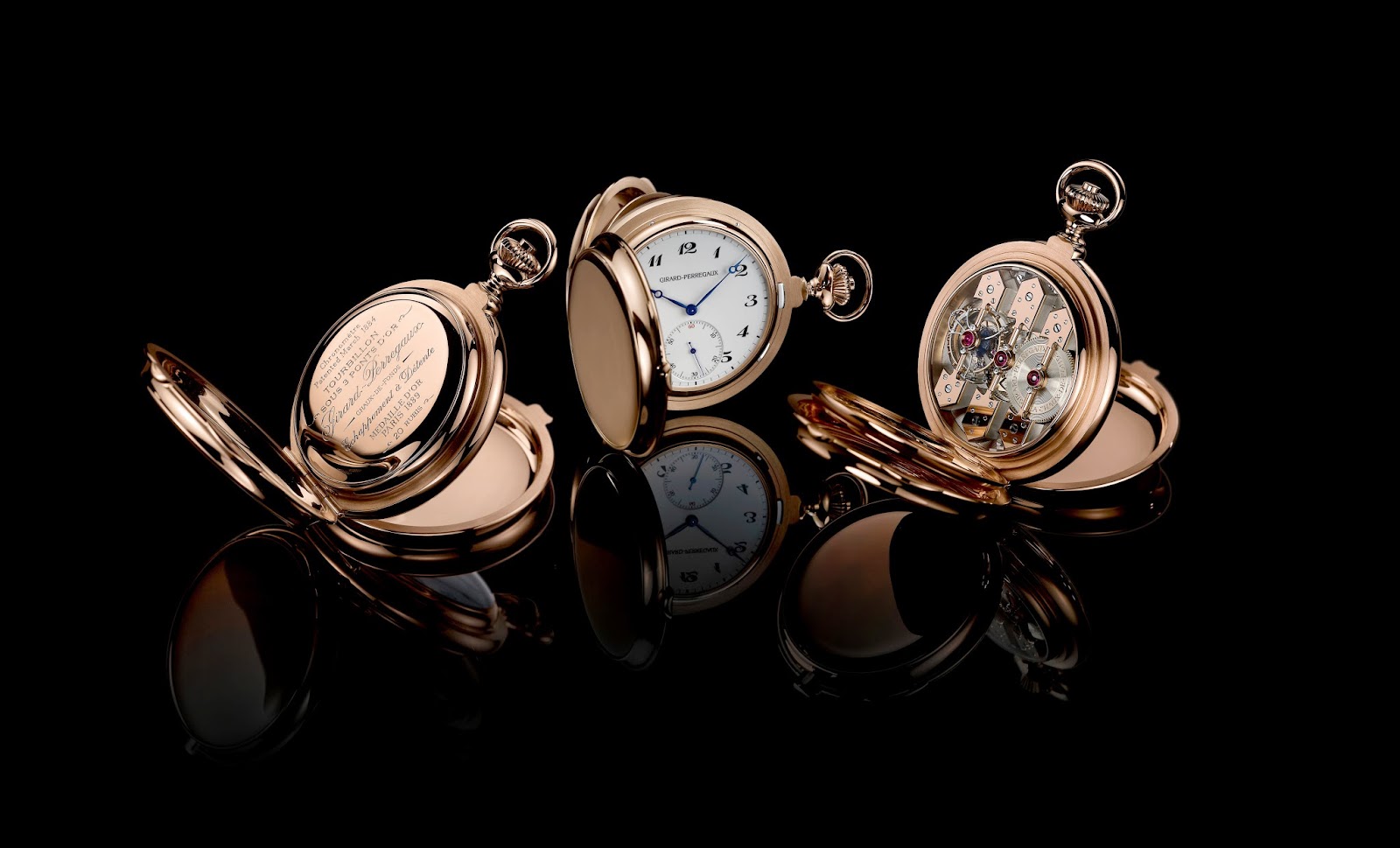 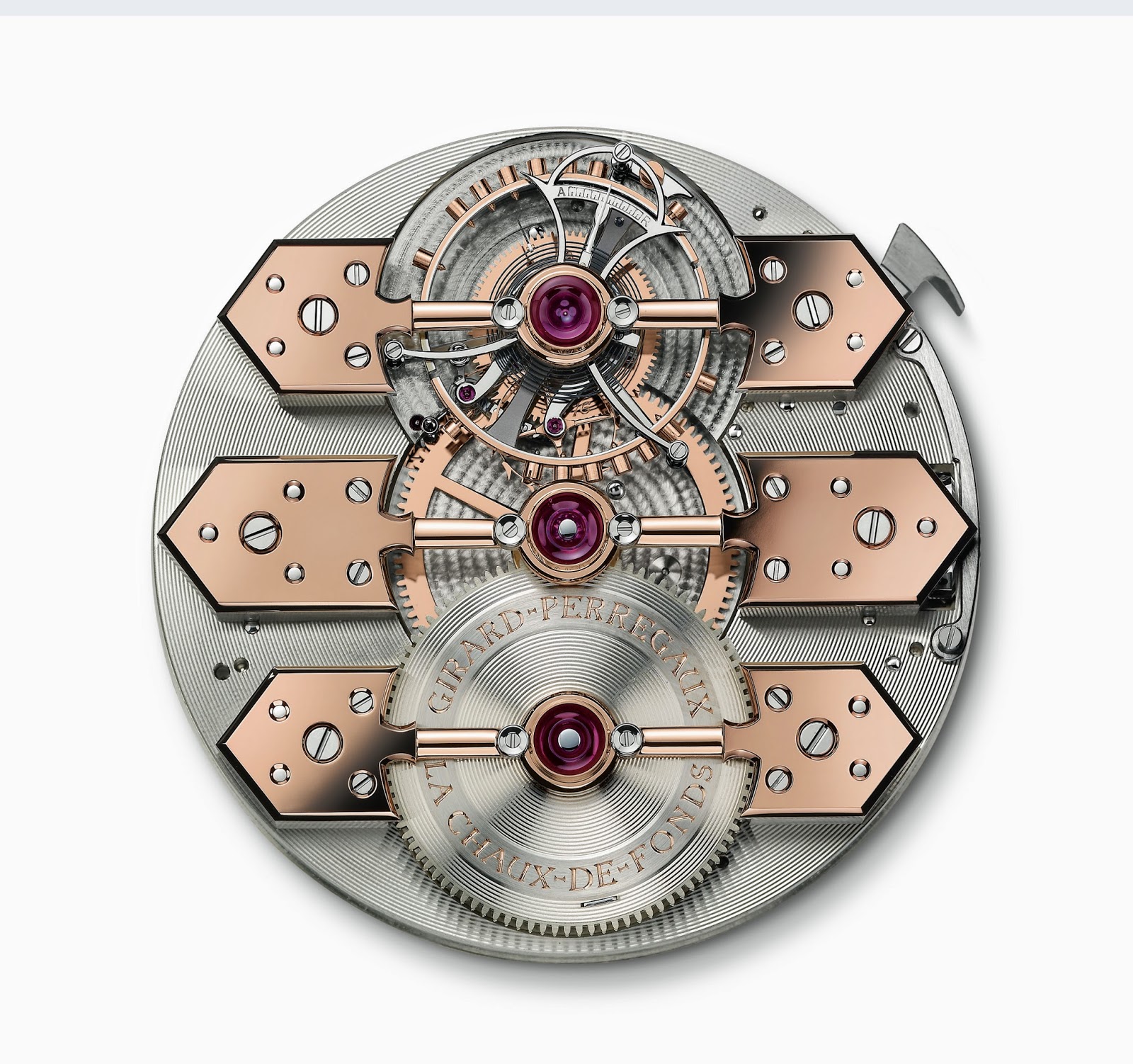 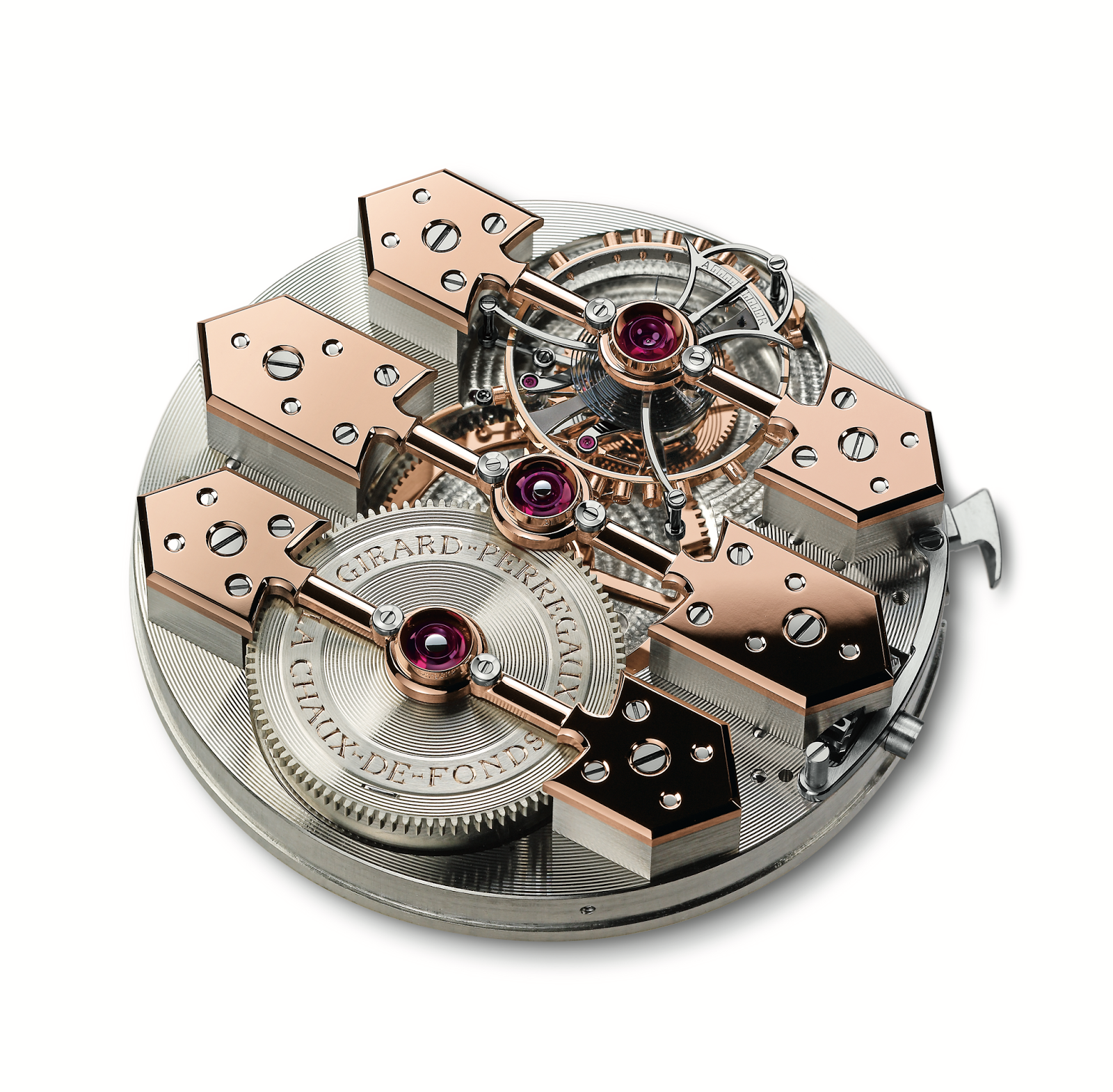 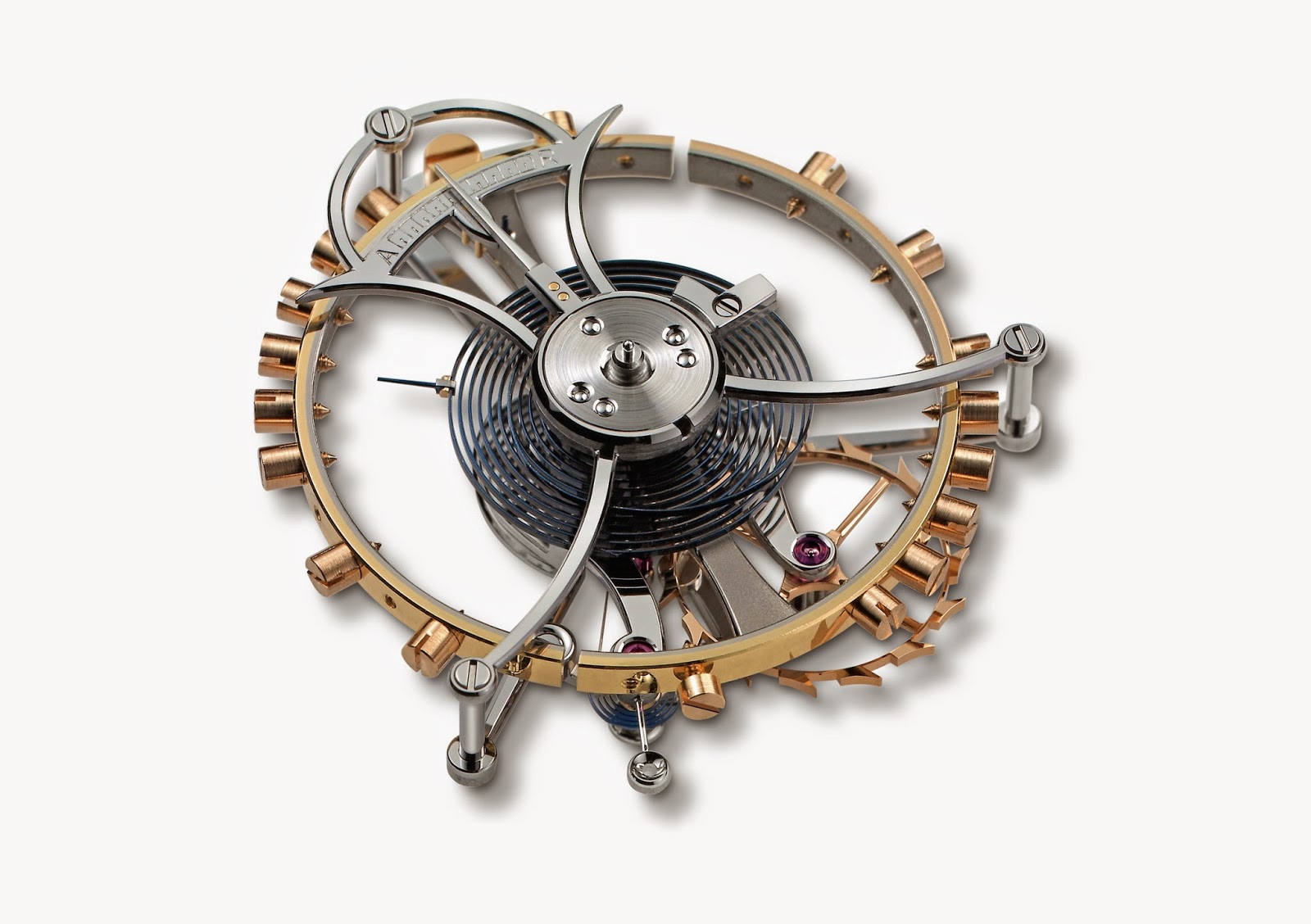 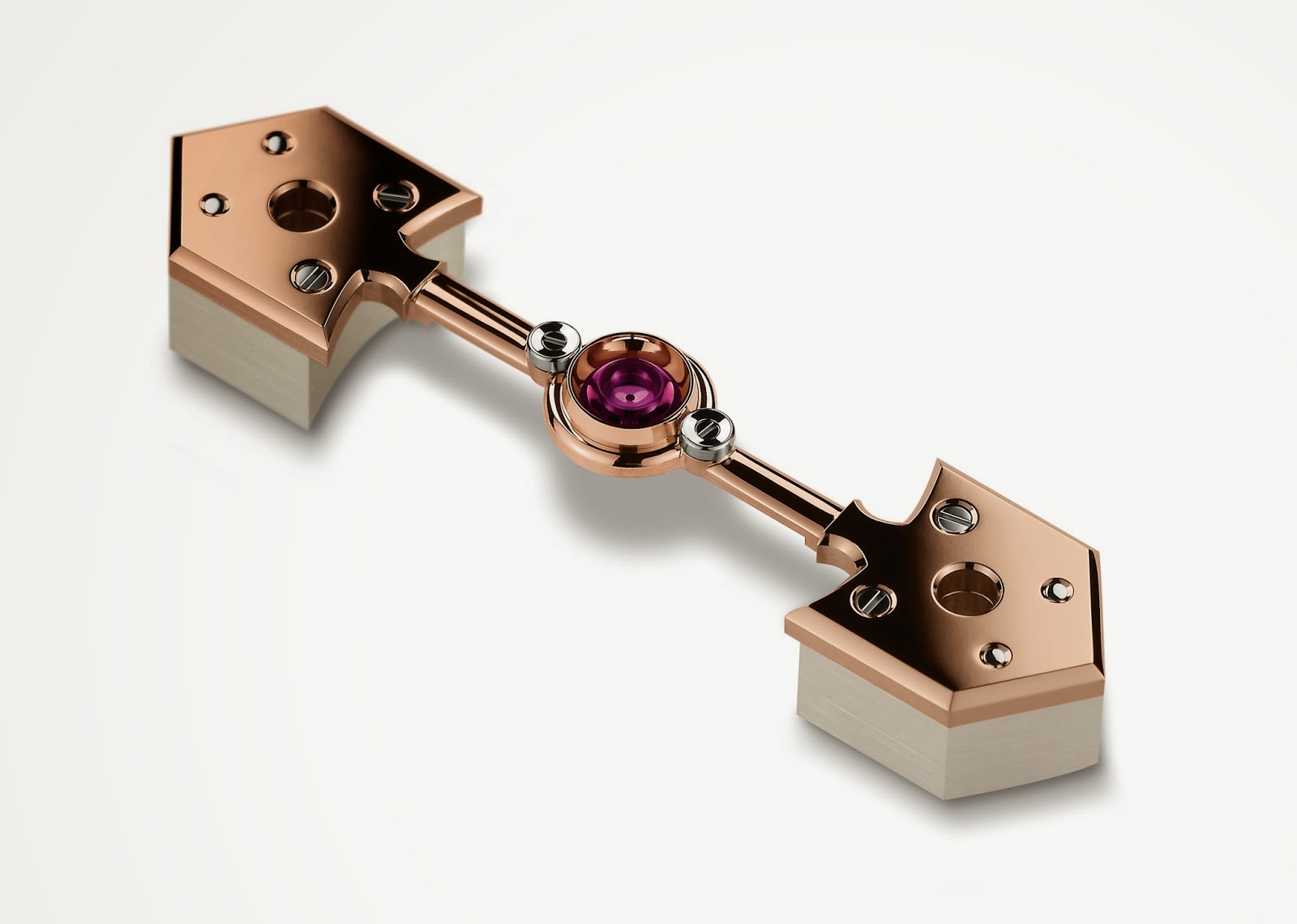